UBCG representatives held a meeting with the Director of the Deposit Protection Fund. In addition to regular activities, the implementation of a new methodology for calculating premiums to banks in accordance with Directive 2014/49/EC was discussed at the meeting. The consulting service of the Fund was performed by the German rating agency GBB, which rates all banks in Germany.

This methodology, in addition to introducing an ex-ante model, obliged Member States to switch to premium calculation based on the degree of risk of individual banks. Banks with higher risk pay higher contributions and thus participate with larger amounts in the Fund’s resources. The difference is also in the base, where the previous calculation contained all deposits, while currently we have a premium over insured deposits. On 31 December 2020, we had 1.47 billion insured deposits in the system, while the Fund had 91.9 million euros at its disposal, with the expectation of additional replenishment of about 11 million euros from two banks in bankruptcy proceedings. The Fund covered all requests of depositors who are eligible for insured deposits. The Fund recovered a total of 52.6 million euros or 46.49 percent from the bankruptcy pool of assets. It recovered 17.6 million euro or 78.81 percent from IBM Bank and 35 million euro or 38.77 percent from Atlas Bank.

Some 81.8 million euros or 90.65 percent were paid for 11,480 depositors of Atlas Bank in bankruptcy proceedings. A total of 8.4 million was unpaid. Some 21.7 million euro or 97.09 percent was paid to 897 depositors of the IBM in bankruptcy proceedings. Some 650,849 euros remained unpaid, said the director of the Deposit Protection Fund, Predrag Markovic.

The money is waiting for the depositors that were not paid. There were also complaints from depositors of these banks, but Markovic says that he does not expect an increase in liabilities on that basis.

The established premium for deposit protection for 2021 amounts to 16 million euros, so the Fund would have 117 million euros at its disposal at the end of 2021 based on the planned return of funds from the bankruptcy pool of assets in the amount of 11 million euro. 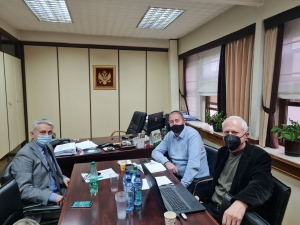 For information: SAVE THE DATE: Managing Credit Risk during the COVID-19 Crisis & Recovery Phase in Europe, May 25 at 15:30 CEST, Online